FST is a registered charity established in 1994 and continues to grow, with plans for several further MoT and Repair facilities in the Thames Corridor. FST currently has Garages in Woolwich, Salford and West Norwood.

The new MoT bay was again supplied and installed by Boston Garage Equipment, and Chief Executive Ronnie Wilson MBE, commented: “FST has been using Boston’s MOT Testing equipment for a number of years now and found that the quality, durability and reliability is excellent. Having looked around to make sure that we were still getting the best possible deal for our money, Boston represented all round best value for our needs.”

“We have been extremely impressed with the package offered by Boston. Their attention to detail and customer satisfaction made my job easy especially when you consider I am not a trained technician. I cannot thank Ross Tabor and his team highly enough for their support over time it took to find funding for this project. Boston gets the ‘thumbs up’ from me and I would gladly recommend them to anyone considering setting up an MOT station.” 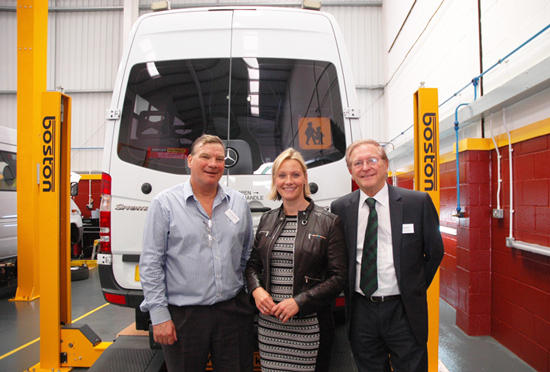 - Have a question? Leave your number and we'll call you back